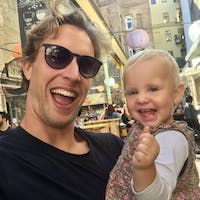 Subscribe to my newsletter and never miss my upcoming articles

Welcome to a series of articles in which I provide results of various ASO (App Store Optimization) experiments for one of my apps, Daily Time Tracking. By running these experiments, I aim to increase the number of impressions, ultimately leading to an increase in revenue. Keen to do the same for your app? My findings might be helpful! Subscribe to be notified of new articles, and please get in touch if you have questions or feedback 👍.

Daily Time Tracking is a time tracking app available exclusively on the Mac App Store. The app and App Store listing is available in English, Dutch, German, French, and Spanish. The App Store listing is also available in Chinese (both simplified and traditional). Due to its rating (4.6/5 based on 700+ reviews), it is ranked relatively high when searching for relevant keywords (e.g. time tracking). Although the market is quite saturated, it has found a niche as it works by periodically asking what the user is doing. It removes the need to toggle timers, an approach most traditional time trackers are following. Also, the Mac App Store isn't as crowded as its iOS counterpart, making it easier to rank higher without focussing too much on long-tail keywords.

I've already optimized keywords last year that has resulted in a significant increase in impressions. Before that, I never spent much time optimizing keywords, so I wasn't surprised by seeing some good results. I applied common ASO techniques, including:

As mentioned, the results of the above efforts turned out to be rewarding:

How to find keywords

Before we dive into the experiments, let me first explain how I find and define keywords as I use this technique for most of them. My approach is roughly this:

As mentioned earlier, Daily is available in several languages. I used (human) translation services for translating the app and its App Store listing including description, app preview, and screenshots. While this worked well, I prefer translating keywords myself, even for languages I don't speak myself. This is mainly because of the faster turnaround (seconds instead of days) and the relative simplicity of keywords. This is how I do it:

For the first set of experiments, I decided to keep things simple and stick with another round of keyword improvements. I started those experiments on Thursday, November 12th, and let them run for 2 weeks.

Like most apps, English (U.S.) and English (U.K.) are Daily's most important languages. Not only because the United States is Daily's biggest market, English (U.K.) is also used as the primary language for most countries. Hence, it's critical they perform as well as possible.

Note that the keywords contain spaces but that's to visualize it better for you. Also, note that it still includes hours. That's my bad 😅.

In order to evaluate the effect of the above changes, I compared both the United States and the United Kingdom with their previous periods. I also applied the App Store Search filter to ensure I only get impressions as a result of a user searching. This is crucial to avoid bias as a result of marketing campaigns and other promotional activities.

Especially the United States has seen a significant increase in impressions. However, the United Kingdom has a much lower increase rate. This makes it difficult to conclude whether the new values actually make a difference. Other factors such as competitors or the industry in general could be responsible.

As a native Dutch speaker, optimizing keywords for my own language is relatively easy compared to languages I don't speak myself (which is the case for the upcoming experiments). The goal is to increase impressions for the Netherlands.

Note that the app name is (partially) translated and now contains Dutch keywords.

To evaluate this experiment, I compared the current period with the previous period with filter Netherlands and App Store Search.

Although the number of impressions went down slightly, the difference is so little that we can conclude that the new values don't make any difference.

Some think Dutch (my native language) and German are almost the same 😅. They aren't, although there are similarities. As a result, finding good keywords for me is tricky, as I don't speak German. Hence, I had to translate them by applying the translation techniques described earlier.

To evaluate this experiment, I compared the current period with the previous period with filter Germany and App Store Search.

This looks promising! I got a significant increase in impressions in Germany. An important note though: Changing English (UK) might also have affected Germany as a region. This is because English (UK) is considered too when users search in most non-English App Stores. For example, when a user is searching within the German App Store, both German and English (UK) listings of apps are evaluated. When running your own experiments it might make sense to keep English (UK) as-is in order to reduce bias when analyzing results. In my case looking at experiments for other languages help drawing a conclusion about this German experiment. Already looking at the earlier described Dutch experiment and its result (down by 1.3%), it is likely that the increase in impressions in Germany is a result of optimizing the German app name, subtitle, and keywords. Awesome 👍.

I don't know any French besides the usual words (oui, non and this sentence 😂). So I again applied earlier mentioned translation techniques to find French keywords.

To evaluate this experiment, I compared the current period with the previous period with filter France and App Store Search.

Not only is Spanish one of the most popular languages, but also a lot of people living in Spanish-speaking countries do not speak English. Enough reason for me to offer Daily in Spanish.

Note that you have Spanish (Spain) and Spanish (Mexico). The latter is used as the primary language for Spanish-speaking countries in Latin America. Although there are definitely differences, I'm using the same translations for both languages.

To evaluate the results of this experiment, I compared the current period with the previous period with filter Spain and App Store Search.

That's another nice increase in impressions. Let's compare this to Mexico, which is using Spanish (Mexico) instead:

That's a bit of a disappointment. However, there's a spike in the previous period (on November 4th) that's mainly responsible for the larger amount of impressions. I have to keep looking at its performance in order to determine whether the effect of the changes as numbers from Spain and Mexico are contradicting. There could be another factor in play.

Some key takeaways as a result of running the above experiments and analyzing them:

The next editions' experiments are already running and include:

Subscribe to get notified when their results are available 👍. Hope you enjoyed this edition!